Surgeons in the Spotlight

Thanks to The Lichfield Blog for flagging up an interesting lecture on 18th-century surgeons, Dissection and Display in the 18th Century, by Simon Chaplin MA, Director of Museums and Special Collections at The Royal College of Surgeons of England, happening at the Lichfield Garrick on May 14. More details here.

Above: Engraving of John Hunter from a portrait by Sir Joshua Reynolds in the Royal College of Surgeons.
Source: Wiki Commons

In Search of Dr Floyer 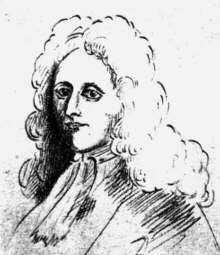 The Bank Holiday afternoon also proved the perfect time to investigate Sir John Floyer: a curious local physician – forerunner of Erasmus Darwin – who was an early researcher into asthma and a keen advocate of cold bathing.

Born in 1649 to Richard and Elizabeth Floyer of Hints Hall, Staffordshire, he moved to Lichfield in 1675 and practiced medicine there for over 50 years; he believed in the careful observation of his patients and was quick to recognise the importance of measuring the pulse in diagnosis. He published The Physician’s Pulse Watch, in two volumes in 1707 and 1710, and even had a watch adapted especially for medical use (he wrote: 'I caused a Pulse-Watch to be made which runs 60 seconds, and I placed it in a Box to be more easily carried, and by this I now feel pulses’). When James II visited Lichfield in 1686, Floyer was a member of the welcome party, which gives some idea of his status.

We knew that Floyer believed in hydrotherapy (another important work of his was An Enquiry into the Right Use and Abuses of the Hot, Cold and Temperate Baths in England, 1697, which he dedicated to the Duke of Devonshire), and that he supervised immersion baptism at Lichfield Cathedral. We had also read tantalising references to St Chad's cold bath at Unett's Well at Abnalls, near Lichfield, which Floyer himself had built between 1700 and 1703 (see below for a pic close to the area).

Apparently there were two baths – one for women and one for men – separated by a wall with changing rooms attached. Later, when Erasmus Darwin settled in Lichfield, he developed a botanic garden at Maple Hayes, a mile west of his house on Beacon Street, which turned out to be the same spot as Floyer’s baths; Darwin even incorporated the baths into his garden. 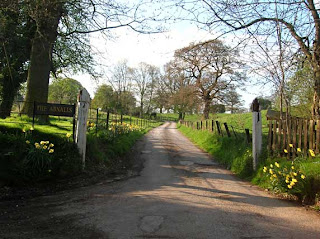 Anna Seward described the botanic garden as: 'a little, wild, umbrageous valley, one mile from Lichfield, amongst the only rocks which neighbour that city so nearly. It was irriguous from various springs, and swampy from their plenitude. A mossy fountain, of the purest and coldest water imaginable, had, near a century back, induced the inhabitants of Lichfield to build a cold bath in the bosom of the vale. That, till the doctor [Darwin] took it into his possession, was the only mark of human industry, which could be found in the tangled and sequestered scene’.

We knew that parts of the baths still existed – no doubt thanks to the restoration job that the Victorians did on them - though they were still on private land. We wanted to get as close as possible, without actually trespassing, but it proved to be a frustrating mission. 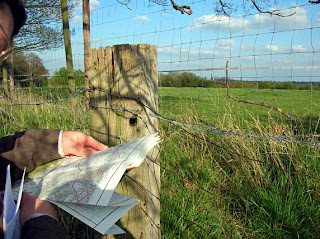 Using our trusty map, we managed to get pretty close, but on finding a set of houses backing onto fields, we stopped to ask one of the residents if they knew if we could get a glimpse of the archeological site from the public road, but she explained that due to a deer-rustling episode at Maple Hayes School a few weeks before, large deer fences (see above) had been erected, so it was doubtful that we would see anything.

We rambled back the way we had come, onto Pipe Green, a very ancient piece of land, bequeathed 'to the poor widows of Bacon [i.e., Beacon] Street', which is now a nature reserve (see below). It's still managed by the people of Lichfield - any householder who has lived on Beacon Street for five years or more or any person born on Beacon Street and who has owned a house there for three years can join the Pipe Green Trust, whose objectives are to: 'maintain and repair the boundaries hereof, to preserve, plant, replant, grow and cultivate plants, trees and other growing things, to promote and encourage the growth and development of wildlife'.

It was a shame that Floyer's baths had escaped us, but we did enjoy the gorgeous view of the cathedral spires! 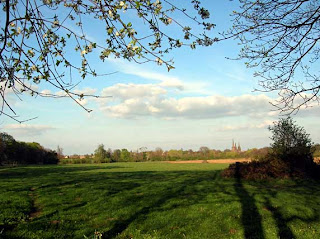 Time seems to have run away from me last week, but - finally - here are some pictures of our Bank Holiday Monday jaunt up the spire of St Mary's, and the views of Lichfield from above - and very impressive they were too. I'll also be posting something shortly about our afternoon walk in search of Dr Floyer's cold baths, at Abnalls, near Lichfield, so don't go away! 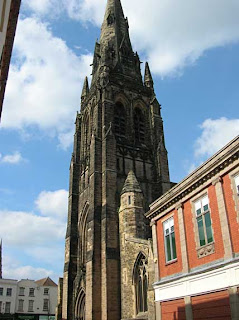 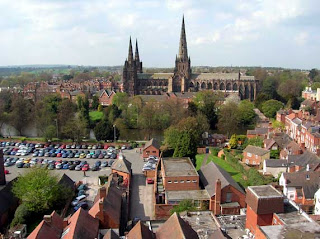 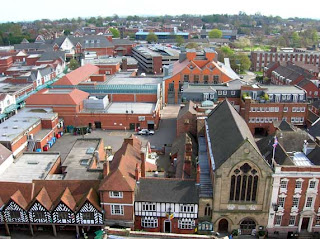 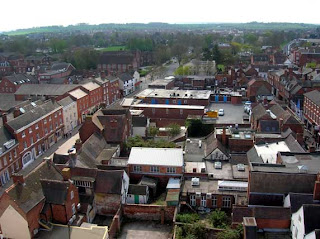 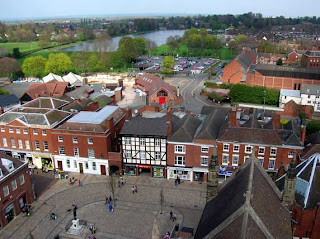