I've just finished reading Amanda Foreman's biog of the Duchess of Devonshire. I've got to tell you, I was somewhat disappointed. I know the book caused a sensation when it came out ten years ago, and I admire Foreman's scholarly take on the Duchess which avoids making nonsense assumptions that its subject was a proto-feminist, but a lot of the time I kept wondering if Georgiana was really worthy of a biography of such weight. Yes, she was an interesting woman, but she was constrained by her aristocratic position, which meant much of the book is taken up with trivialities: her ruinous gambling habit and the general bed-hopping of her set. This is why I've now turned to Norma Clarke's Queen of the Wits: A Life of Laetitia Pilkington because I'm more interested in figures on the fringes of Georgian society - people who had the freedom of movement than Georgiana did. I'll post more on that when I've finished it.

Just finished watching the BBC's premiere of Casanova from 2005, with Heath Ledger in the title role. Looks like it cost a fortune - a stellar British cast phoned in their performances, including Tim McInnery as the Doge (a spectacular piece of miscasting) and Jeremy Irons as the scenery-chewing head of the Inquisition. Great music, costumes and setting, but given that the film's wittiest moment was a shot of a pig in a ruff, I think it's fair to call this a turkey.

Thank you for your kind support over the last month as this blog took its first tentative steps - it means a lot to me. I wish you all a very merry Christmas and a happy new year! 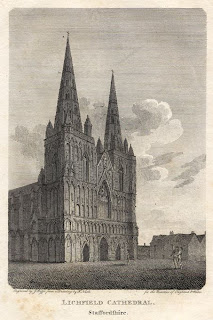 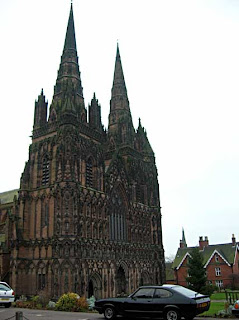 Boswell: King of the Rakes 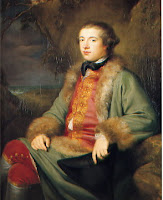 Well, I confess I'm really surprised by the rake votes - not a single vote for Casanova, and a tie-breaker between Boswell and the Earl of Rochester! Well, after much deliberation, I've decided to crown Boswell as favourite rake, if only because his cosy image as Dr Johnson's biographer needs challenging.

He was born in 1740, the son of a judge, Alexander Boswell, 8th Laird of Auchinleck and his wife Euphemia Erskine. His early years were characterised by a clash between profligate tendencies and and a powerful sense of duty to his father, who wanted him to study law. Following an unrequited passion for an actress, Mrs Cowper, he hit upon the idea of going to London to become a Roman Catholic priest (the piousness of Mrs Cowper no doubt inspired this). He rode non-stop for two and a half days in order to reach the capital, and when there, abandoned his religious intentions almost immediately in favour of 'the melting and transporting rites of love' at the Blue Perriwig in Holborn.

Back in Scotland, Boswell embarked on various dalliances, one of which - with his maidservant Peggy Doig - resulted in the birth of the first of his illegitimate children. Meanwhile, virtually any woman in the vicinity took his fancy: 'At supper I fell much in love with the chambermaid who served us who was a handsome girl with an insinuating wantonness of look,' he drooled. 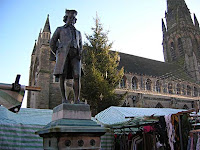 Returning to London in 1762, his London Journal includes many accounts of his exploits, a typical diary entry being as follows:

I should have mentioned last night that I met with a monstrous big whore in the Strand... I went into a tavern with her, where she displayed to me all the parts of her enormous carcass; but I found that her avarice was as large as her a---, for she would by no means take what I offered her... I was so much in the lewd humour that I felt myself restless, and took a little girl into a court; but wanted vigour. So I went home, resolved against low street debauchery.

Much of this seems surprising when you consider Boswell's friendship with Johnson: a pious man who took a dim view of indulgences of any kind; in Boswell's Life of Johnson he records an exchange with the writer on the subject of prostitution, in which Johnson remarks: 'Sir, it is very absurd to argue, as has been often done, that prostitutes are necessary to prevent the violent effects of appetite from violating the decent order of life; nay, should be permitted, in order to preserve the chastity of our wives and daughters. Depend upon it, Sir, severe laws, steadily enforced, would be sufficient against those evils, and would promote marriage.'

As Julie Peakman observes in Lascivious Bodies (to which I'm indebted for this article), Boswell was a man of inconstant moods, who burned with passion one moment and dropped a woman the next. He later settled down with his cousin, Margaret Montgomerie, who bore him seven children, yet like most 18th-century libertines, though he loved 'that valuable woman', he continued his dalliances for the rest of his life.

Thank you all for voting!

Posted by Mrs Woffington at 17:00 No comments:

Word of the Week: Buffleheaded

A man with a large head, like a buffalo; dull; stupid; foolish.