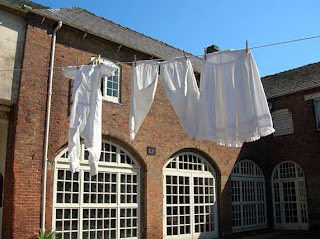 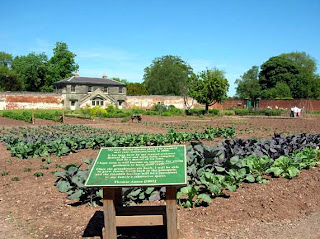 Some pictures of Shugborough Hall's Walled Garden (above and below), which started something of a revolution in food production when it was created in 1805/6. It's thought the original kitchen garden was located somewhere behind the Doric Temple in Shugborough's Park, but a combination of unsuitable growing conditions, and the fact that the family didn't want labourers cluttering up the view, led to a commission for architect Samuel Wyatt, who was tasked with designing a new Walled Garden half a mile from the house. 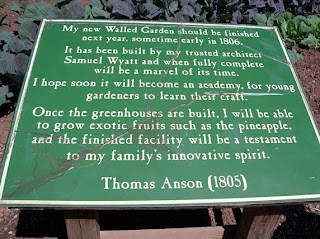 The brick walls were hollow and contained intermittent furnaces that created a sort of micro-climate, while a series of bothies provided accommodation for young, unmarried gardeners. A large heated greenhouse, where they grew pineapples, grapes and peaches, extended towards a central plunge pool (see below), used to capture rainwater for watering crops. Another hothouse was heated with steam and produced melons and cucumbers. 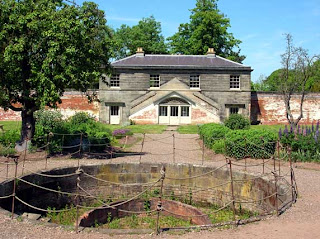