Just back from a New Year jaunt to the Lake District, staying at this wonderful house, Low Graythwaite Hall, near Hawkshead. Although the east wing was built about 1710, much of it looks straight out of the period of Charles II. In my picture below, Dairy Cottage is on the left and Low Graythwaite Hall on the right. 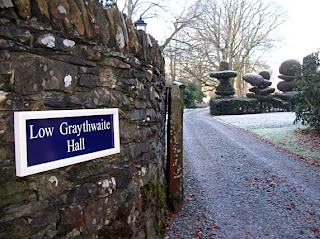 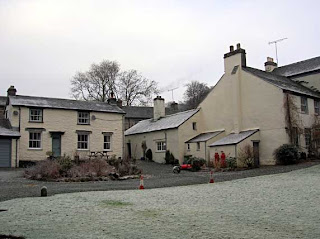 As with many old buildings, the back is more interesting than the front. You can see from my picture below that what's now the back was originally the entrance, with a little Georgian-style pediment over the front door. (Looks like the Christmas tree has been given the boot!) 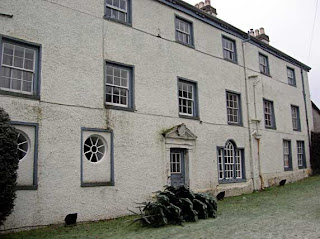 We were lucky enough to have a little panelled lounge in the entrance wing to ourselves at the strike of midnight, complete with a real fire. I took a picture of the ornate backplate (below), which is supposed to be the oldest in Cumbria - you can just about read the date 1714 if you look closely. 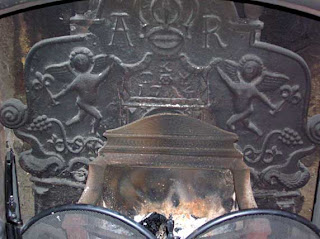 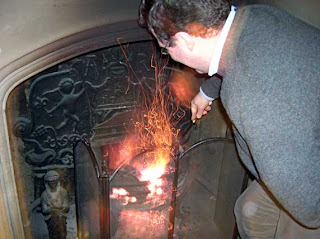 We also did a trip around Liverpool with the aid of a tourist guide from 1797, followed by an abortive journey to see Sambo's grave at Sunderland Point, both of which I'll blog about very soon.

Looks like you had a lovely time, what a beautiful place.

The sparks flying from that fire look pretty fierce though!

Yes, we stayed in a fabulous room with a four-poster, though it was freeeeezing cold - a genuinely 18th-century experience from that point of view!