In Search of Mrs Woffington (Part 1) 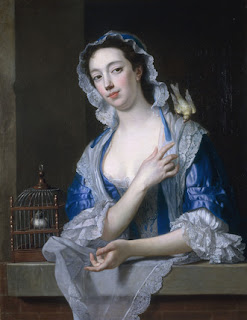 As this Sunday marks Peg Woffington's birthday, it's about time that I blogged about the several research trips we've done in search of the elusive actress.

I've blogged before about the trip we did to the Garrick Temple at Hampton, but I haven't yet uploaded my photographs of nearby Teddington, which was also on our historical hit-list that day, being the location of Mrs Woffington's villa, and the place where she settled in the last years of her life.

According to Janet Camden Lucy's Lovely Peggy (which, despite the whimsical title, is the only really scholarly biography of Peg Woffington), the burial register confirms that Mrs Woffington died in London, but her request to be buried in Teddington suggests a strong affection for the place. 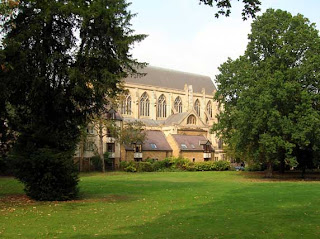 In the 18th century, Teddington - a riverside village between Strawberry Hill (where Horace Walpole had his gothic castle) and Hampton Wick - was a fashionable summer retreat for wealthy Londoners. Peg's villa was said to have been built by Sir Charles Duncombe at the start of the century and it was known as Teddington Place House until 1851, when the name seems to have been changed to Udney Hall.

Demolished in 1946, it must have been an impressive residence, with ceilings painted by Verrio and panelling by Grinling Gibbons. It stood in what is today Udney Park Gardens (above), adjacent to St Albans Church, and I had expected the site to be right on the banks of the Thames (much like Pope's villa in nearby Twickenham), but it could be that the course of the Thames has changed slightly over the years. 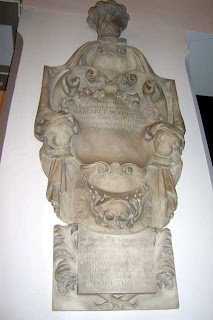 We also spent some time picking our way through autumnal leaves and cobwebs in the graveyard of Teddington's parish church, St Mary with St Alban, before realising that Woffington's memorial tablet (above) is actually inside the church, just within the north chancel arch. It describes her as a 'spinster, Born Oct. 18th 1720' and informs us that an infant nephew, 'Master Horace Cholmondeley, aged 6 months' lies in the same tomb.

Local legend says that Woffington also endowed some almshouses, long known as Woffington Cottages on the High Street, two of which were tea rooms for a while, though now closed. The church is also connected with another 18th-century luminary, Dr Stephen Hales - inventor of the surgical forceps - who was Perpetual Curate from 1709 to 1761.